Tips to keep fit with babe in tow 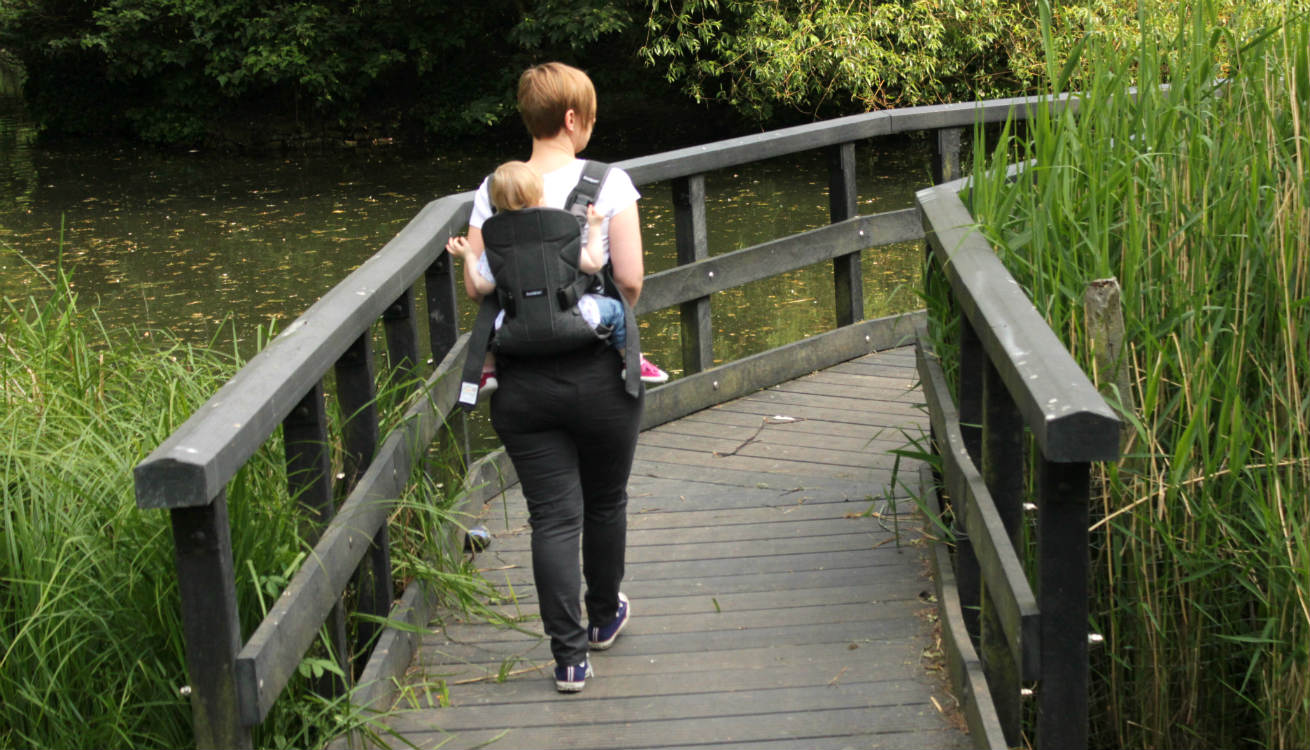 New year, new resolutions. This time last year when Evie was a mere 6 months, I decided to take on the challenge of getting fit. No easy feat after a busy Christmas and when getting out the house to grab some milk was a workout in itself. High five to all the mums reading this and nodding in agreement. It's tough right? I get it.

But, once I'd got my bottom up, it was awesome. Not just for my prenatal jeans that had been crying when I'd squeeze myself into them, but also for my mental health - honestly, it cleared that baby fog. And guess what? It's not actually been that hard keeping fit with a lil' one in tow. Here's some things that I started with and that I still do a year on.

Just remember to always wait until your 6 week postnatal check-up to make sure that you can exercise, and this will be longer if you've had a c-section. Lecture over and protein shakes at the ready...

It's not actually been that hard keeping fit with a lil' one in tow.

If you have a teeny tiny one, then you'll probably just be glad you've conquered the hair washing rather than weight lifting. However, as they say in that ad, 'every little helps', so do what you can. Practise strengthening those pelvic floor muscles while you're brushing your teeth (it'll help when you’re doing more intense exercises later on) or make an extra trip up the stairs every day. It's all a step (😉) in the right direction.

If like me, you became a bit sedentary after having bubs then it's probably best to walk before you run (yes all the puns are coming out today). Grab babe, strap them in their buggy and clear the cobwebs away with a stroll. Start slow to begin with, then as you become more confident, walk briskly. Heck, after a few months, you could maybe even break into a jog. Great for your fitness and for getting baby out and about. And you never know, the motion may even send them off to sleep.

Let's be frank. Your body's probably changed physically after having bubs. Mine did. And despite the walking and being a gym bunny pre-pregnancy, I found more strenuous exercise painful after having Evie. So get those joints and muscles warmed up with yoga, which is great for getting everything moving and helping ease you back into things safely. Check out classes specially created for postnatal mums like these run by Yoga Bellies. You'll also get that precious lil' yoga nap at the end of each class, which is a bonus for any mum right?

Take them with you

Over the years fitness peeps have wised up to the fact that mums want to work out even though they can't shake bubs. I was a huge fan of BuggyFit when Evie was tiny. These nationwide fitness classes help you get fit all while using your buggy. And they're great for meeting new mum mates too. Alternatively, London club, Frame do a range of classes where you take them with you, including PT sessions (yes really) and yoga classes. No more no babysitter excuses!

When Evie was smaller and didn't weigh the same as a small adult, I ditched the weights and used her instead.

Baby being clingy while you're desperate to workout? Not a problem. When Evie was smaller and didn't weigh the same as a small adult, I ditched the weights and used her instead. She was great for holding during squats and crunches. Alternatively, use a sling!

This trend has become so big that Baby K'tan, one of our fave sling brands, has created a whole workout programme using their slings. Or, just whack it on and go for a nice long walk. The extra weight of bubs means it'll be a workout in itself.

So you're more of a home workout kind of gal? No problem. There's a whole range of fitness apps that you can download and can be done while your little one's naps or (if you're an early bird) before they wake up. I use the Kayla Itsines BBG app, which is a 28 minute workout 3 times a week. You have to pay for it, but, when you consider gym and creche fees, this actually works out a cheaper option. There's also a huge community that you can call on for support. That's better than you'd get at any gym right? Alternatively, our Community Guru, Becca swears by yoga app Down Dog, which lets you set your workout times and move up levels when you're ready. It's cool, try it.

Not an app fan? You can't go wrong with a good old fashioned DVD. We love Davina Toned in 10, which is quick and simple. But be warned, you may end up shouting at the TV when the going gets tough. Ahem.

Always make sure you wear a good pair of trainers, even if you're working out at home. I'm not a fan of shoes in the house so I bought a cheaper pair that could just be used indoors. And another thing. Never feel bad if you miss a class/workout day. Having a kid means all nighters and sometimes early mornings. If you're exhausted, you're not going to do your best and could end up getting injured. Grab bubs and go for a walk instead...

So there it is, a guide to keeping fit when you're a mum. As they say... This Girl Can!

Our IDEAS articles are based on our own experiences as parents & a need to find gorgeous, genuinely useful stuff for baby. That’s why you’ll always find our fave picks below our tips. Yes, we’re good to you ;)